Senate Republican Policy Committee counsel Michael Stransky not only fulfilled his sweetheart's wish of finally taking in the breathtaking view from the top of the Capitol Dome, he also convinced visiting tourists to pose as paparazzi during the surprise proposal he sprung on his now-fianceé, Jennifer Pollom. 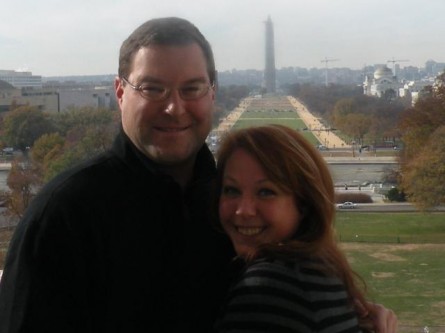 “We had been talking a little bit about it. But I certainly didn’t see the Capitol Dome coming,” Pollom told HOH about the extra-special spot Stransky selected to pop the question on Nov. 15.

According to Pollom, the two have been together for about two years. The former Hill staffer said they first crossed paths on the RPC (she advised Sen. Kay Bailey Hutchison of Texas; he has maintained ties with the group reaching back to when Sen. Jon Kyl of Arizona was in charge) and were eventually matched up by a co-worker.

“It’s an RPC-crazy triumvirate,” she said of the fateful setup.

Armed with knowledge that Pollom had never ventured to the top of the Dome during her time on the Hill, Stransky said he spent the past week and a half doing everything possible to make it happen.

After locking down two slots for the noon tour, Stransky got the rest of the group involved — Pollom said there were six others along for the ride, including folks who’d been granted access by the offices of Speaker John A. Boehner, R-Ohio, and Sen. Charles E. Grassley, R-Iowa — by penning a quick note on the back of his business cards asking the total strangers to snap pictures of the magic moment. 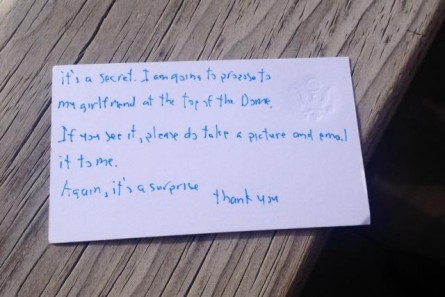 “My fellow tour companions were fantastic,” Stransky said of the picture-perfect scheme.

There's no date set yet for the wedding (“We’re in no hurry,” Stransky said), but Pollom suggested they’ll likely tie the knot here in Washington.