Posted Jul 15, 2014 2:57 PM
Tom Williams
@pennstatetom
34 images that defined 2019 in Congress: Photos of the Year Photos of the day: House readies for historic impeachment vote against Trump 10 photos from the Nationals Championship Parade in D.C.

Although it seems there's not much to these pictures, it is a major victory in the effort to photograph the back-to-back weekly news conferences of Speaker John A. Boehner and House Minority Leader Nancy Pelosi on the Hill.

The House leaders normally host a press conference every Thursday in Studio A of the Capitol Visitor Center. They speak alone from a lectern and it normally looks the same every week, except for what they're wearing.

Pelosi's avail is held first and usually wraps up at about 11:20 a.m., to allow some time before Boehner's which starts at 11:30. As I was setting up a shot of her walking out, which wasn't shaping up to be much, I realized Pelosi was ending late and Boehner would be there at any moment. I thought there was a good chance of them passing each other.

It was a long shot because if they did pass each other in the hall they would be with their respective entourages. The picture would have too many people.

I left the studio as Pelosi was still taking questions and went to the entrance of the green room, which members enter before proceeding to the studio. Boehner arrived on time. This was a good sign, because he was in the room by himself. I knew Pelosi would pass him on her way out. I figured they would at least say "hi" to each other.

Boehner was looking in the mirror and straightening himself out in preparation to go on stage. His security detail and staffers didn't close the door or get in the way as I positioned myself closer. Pelosi finished up and entered the green room. She was preceded by two aids, who saw me and cleared out of the way. 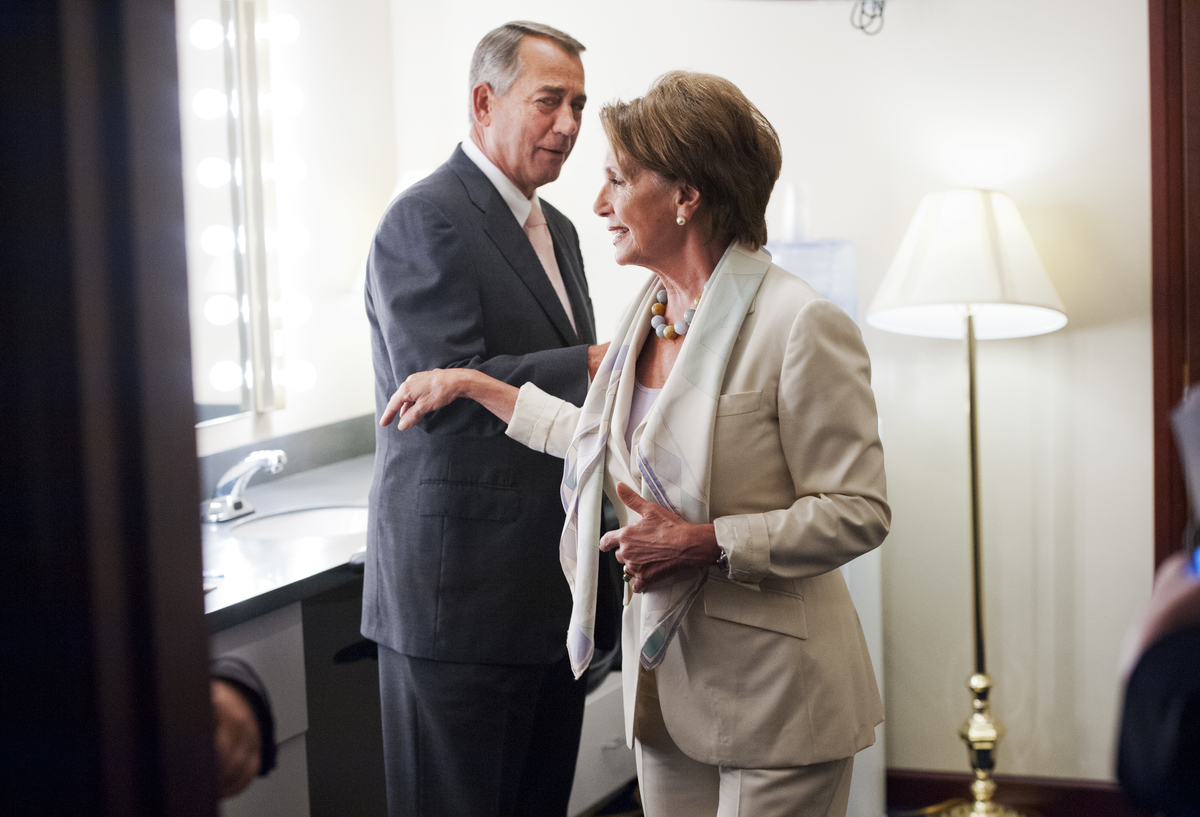 Boehner and Pelosi exchanged some pleasantries and I was able to make two usable frames. I was pleased to get a picture of the current and former House speaker in a candid moment together. Usually you only see leadership of opposing parties together in ceremonial settings.

It turned out to to be a good idea to try for the picture, but I got a big assist from a few staffers who realized a nice exchange was happening and allowed me to capture it.