Kirkpatrick is one of the most endangered Democrats this cycle. (Tom Williams/CQ Roll Call File Photo)

House Republicans are on track to make gains this cycle, but two weeks before Election Day, it's still unclear whether the party will procure a wave of double-digit gains in their quest to extend the majority.

Members of Congress and operatives alike note this is a toxic time for Democrats on the ballot that should result in huge losses for the president's party. But a race-by-race evaluation of the House map shows Republicans are more likely in a position to pick up a net of around six seats this cycle.

"After two successful cycles for House Republicans, the playing field confines the upper limits of pickups that can be had," said Brock McCleary, a Republican pollster.

Public surveys show President Barack Obama's unpopularity, as events in the Middle East and Ebola on the home front drag down Democrats coast to coast. House Democrats are defending more seats than Republicans this cycle.

But this midterm is shaping up to be one of the most perplexing in recent memory. Both parties are on offense, and both parties are on defense. In private polling, dozens of races are too close to call. Given the unpredictability, it's also possible the next 14 days could exacerbate Democratic losses.

Here's why most political operatives estimate Republican will have a net gain in the mid-single digits: 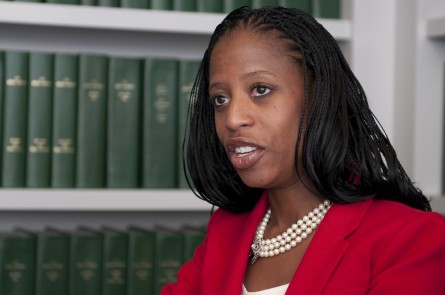 Thanks to retirements, Republicans will begin election night by almost certainly picking up two seats currently held by Democrats. Reps. Jim Matheson of Utah and Mike McIntyre of North Carolina put away those seats for the GOP when they decided not to seek another term.

Also, Democrats are already chalking up retiring Rep. Bill Owens' seat in New York's 21st District as a loss for the party.

On the flip side, Republican Rep. Gary G. Miller's retirement likely threw his seat to the opposition — though Democrats continue to spend funds in California's 31st District, citing concerns about turnout.

Republicans Could Oust 13 Incumbents  This is where the math gets difficult.

There are about 13 House Democrats in serious trouble but still in a position to pull out a win. In interviews, operatives said   either party could run the table or pick up piecemeal victories across the country.

Democrats Still on Offense in Six Races Democrats are likely to mitigate some of the GOP's gains with several offensive wins of their own.

Most notably, there are two Republicans, Rep. Steve Southerland II of Florida and Lee Terry of Nebraska, who are in electoral peril. 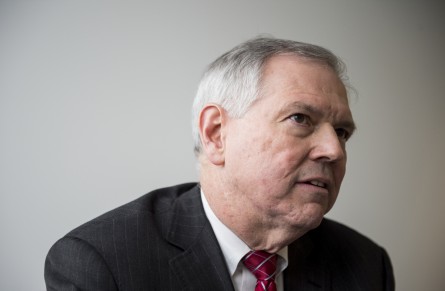 Some on Capitol Hill say they see a path for Democrat Nick Casey to win the open-seat race to replace Rep. Shelley Moore Capito, R-W.Virg.

It's possible Democrats could still pick up Colorado's 6th District and New Jersey's 3rd District, but the party recently cut television time in both races — not an encouraging sign.

Republicans Could Pick Up Late-Breaking Races Meanwhile, Republicans are starting to compete in races that were not viewed as competitive until recently.

The Wild Card: Staten Island   Yes, Republican Rep. Michael G. Grimm faces 20 indictments, has no campaign cash, and is in a world of political trouble. But Staten Island has a remarkable tolerance for corruption charges, even from their pols.

Democratic challenger Domenic M. Recchia Jr. has his own challenges, none of which were made any easier when "The Daily Show" ripped him apart last week.

“If anybody is going to tell you what’s going to happen in Staten Island, you should slap them in the mouth," a Capitol Hill Democratic operative said.

This might also sum up how House operatives feel about the midterm map.

Related Stories: NRCC Cuts TV Buy in Maine DCCC Raised $16.7 Million in September The 9 Biggest Candidate Flameouts Meet the House Republican Still Sweating the Shutdown Roll Call Election Map: Race Ratings for Every Seat Get breaking news alerts and more from Roll Call in your inbox or on your iPhone.