This story was updated on Nov. 20, 2019 | Rep. Jackie Speier knows exactly how it feels to be left for dead.

On Nov. 18, 1978, she was shot five times on a remote airstrip in Guyana, South America. Her boss, Rep. Leo J. Ryan and four others lay dead nearby, killed by gunfire as they tried to escape Jonestown, the commune built by cult leader Jim Jones.

Nearly 40 years later, Speier still remembers why she decided to get on a plane to go down on the ill-fated congressional trip.

“Back in 1978, there were not many women in high-ranking positions in Congress," said Speier, who was legislative counsel for Ryan at the time. "I felt if I didn’t go, it would be a step back for women holding these high positions. I thought, 'I can’t not go.'”

So she went, accompanying Ryan and 23 other people to Guyana, on the northeastern coast of South America, attempting to visit Jim Jones and nearly 1,000 followers he’d amassed.

By the end of the trip, Ryan was dead — the first and only congressman to be assassinated in office — along with three journalists and one cult defector. Speier and nine others had been shot and left for dead at a remote airstrip;  they waited 22 hours for help to arrive.

Immediately following the shootings, Jones and more than 900 of his followers died from self-inflicted cyanide poisoning in what was seen as a mass suicide at the time, but is now widely considered a mass murder.

The Ryan congressional delegation had no military escort. The State Department had given neither a warning nor protection.

Speier has occupied Ryan’s former seat in Congress since 2008. In an interview with CQ Roll Call, she noted that while much has changed, some fundamental questions about Jonestown remain unanswered.

The Consummate Staffer Speier believes to this day that nothing would have deterred Ryan from going to Jonestown.

“He was a congressman accustomed to going into battle,” she said. Ryan believed in living the experience. Early in his political career, he taught school in the Watts neighborhood of Los Angeles and later spent a week living on death row at the maximum security Folsom State Prison to learn more about inmates' lives.

“He really felt there was nothing to worry about,” Speier said. “He was a congressman — as if he had some kind of a protective shield.”

Ryan was a member of the International Relations Committee, and had initially recruited a congressional colleague to make the trip alongside him. But the member backed out as the date approached.

Ryan's travel plan was known by the committee's chairman, Clement J. Zablocki, D-Wis. But according to the Dec. 7, 1978, edition of Roll Call, it was not considered an official inquiry because, under congressional guidelines, at least two congressmen must be involved in an investigation.

The trip was rooted in constituent service for Ryan. Jones’ Peoples Temple was based in San Francisco and had recruited people from Ryan’s nearby district, based in San Mateo. 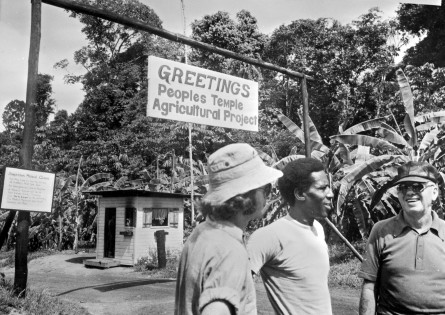 Peoples Temple members in front of the agricultural department of the sect in Jonestown, (AFP/Getty Images)

As a staffer, Speier spent time listening to stories from constituents worried about their loved ones who had gone to Guyana and not been heard from again. She also heard from people who had left Jonestown, and told stories about Jones' violent side and the arms and ammunition he was amassing.

Working with the State Department ahead of the trip, however, no one advised Speier of the potential danger.

“The State Department was really flat-footed,” Speier said. “They were more interested in making sure the prime minister, [Forbes Burnham], who was Marxist, was kept happy.”

Still, Speier had an inkling of the risks involved based on the stories she'd heard.

She was in the process of buying her first home, a condo in Arlington, Va., and she included language in her signing papers saying if she did not return from Guyana alive, the contract would be void.

“I didn’t want my parents to be saddled with this piece of real estate across the country,” the Californian said.

When the group arrived in Georgetown, Guyana, Speier said they waited two days for permission from Jim Jones to visit. She recalled Jones' wife taking them on a tour.

"As the evening went on and they had entertainment, we were in the corner interviewing people. There was a long list of family members who wanted us to check on their children," she said.

And then a note was passed to Don Harris, one of the reporters from NBC News who was on the trip. People wanted to leave.

"Don comes over, hands us the note. My heart sank," Speier said. "Everything those defectors said is true. Then more people wanted to leave and the whole thing exploded. It was such a tinderbox of emotions and tension. It became clear that one plane wasn’t going to be enough. The congressman decided he was going to stay behind, [and take] the next airlift out. It was so emotionally raw."

Speier described Jones as "agitated." Larry Layton — one of Jones' top operatives, whose sister Debbie, had defected — claimed he wanted to leave too, but Speier found him untrustworthy.

"He had a yellow poncho on, it had just rained. I just knew there was something wrong," she said. "We get to the airstrip, I started loading passengers on both planes. I turned to Ryan and said, 'I don’t want Layton on our plane.'"

Ryan suggested Layton fly on the other plane. As Speier started to board passengers, a young Guyanese child ran on the plane. She recalled trying to coax him off.

That was what she was doing when a tractor trailer drove on to the airstrip and people started shooting.

"People ran into the bush," she said. "I followed Ryan under the plane and hid under one of the wheels."

Speier and others were shot at point-blank range. Ryan and four others, including Harris, were dead. The survivors waited, supporting one another through the night. 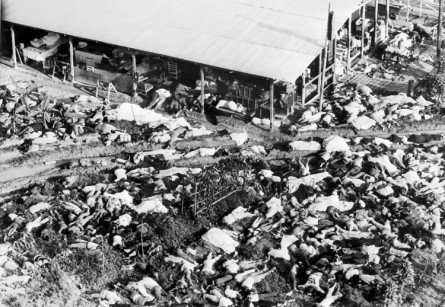 The bodies of more than 400 members of Jones' sect were found in a field surrounding the community's cultural center. (AFP/Getty Images)

Recovery Speier had a long recovery ahead. Shot five times, she spent two months in the hospital and had 10 surgeries, all with 24 hour protection from the U.S. Marshals Service — because of threats to her life.

"It was the most incredible welcome," when she returned home to San Francisco. “I thought to myself, I don’t want to spend the rest of my life a victim of Guyana. I want to be a survivor.”

Candidates, including a co-worker of Speier's, were lining up for the special election to replace Ryan.

“On that Monday, the very last day, I decided to run to carry out his legacy,” Speier said. She didn’t win, coming in fourth.

The following year, she ran for the San Mateo County Board of Supervisors, beating a 20-year incumbent, then later served in the California Assembly. “I never had any intention of returning to Washington,” she said.

But Congress called to her again after the death of Rep. Tom Lantos, who held Ryan's San Mateo-based seat for 27 years. She was elected to fill Lantos' seat in a special election in April 2008.

Holding the Government Accountable Today, members of Congress travel with military attaches on congressional delegations. But Speier thinks more can be done to ensure nothing like Jonestown ever happens again.

“The State Department had a black eye at the end of that tragedy. Nine hundred American citizens lost their lives. They were not suicides, they were murder,” Speier said. “It wasn’t that they weren’t tipped off that there were problems; they were.”

Speier cited the case of Debbie Layton, who had sneaked away from Jonestown and went to the embassy before going back to the United States. “But they never followed up with the allegations, which she had made public about what was going on,” she said.

Speier is now a member of the Intelligence Committee and has asked to see secret government files related to Jonestown. “There was some that had suggested that the CIA was somehow involved and they didn’t want that to be exposed. Now that I’m on the Intelligence Committee, I actually recently asked to see the documentation. It does not appear that that was the case. And I don’t know. But it does seem like it was mishandled on a number of levels.”

Speier feels more can be done to scrutinize organizations, particularly religious ones, that are engaged in illegal activities. She came back to D.C. in 1979 to give her account of Jonestown in an unofficial congressional hearing organized by Sen. Bob Dole, R-Kan.

The State Department, including Ambassador James Burke, who had been in Guyana at the time of the massacre, had been scheduled to appear in front of the renamed House Foreign Affairs Committee's Latin American Subcommittee in November 1981 as part of an inquiry into the performance of State Department officials in connection with the Jonestown events.

Hours before the hearing was to begin, it was abruptly canceled.

“I heard later that the chairman of the full committee, Zablocki, had decided he didn’t want to pursue this matter,” Burke said, describing the situation for the Foreign Affairs Oral History Project in a 1989 interview. No further action was taken on the matter and Zablocki died in 1983.

For Speier, this part of history still has lessons left to teach.

“I do think the State Department could benefit from doing a case study, much like Harvard does in the business school, on what should be different. If you don’t learn from your mistakes, you’re compelled to repeat them. This should never ever happen again.”

Related: See photos, follies, HOH Hits and Misses and more at Roll Call's new video site. Get breaking news alerts and more from Roll Call in your inbox or on your iPhone.