Ryan speaks out on bigotry in genuine moment of leadership. But he still plans to support the GOP nominee. (Photo By Al Drago/CQ Roll Call)

It's not often we see Paul Ryan angry, and it's unheard of for any House speaker go to the podium to denounce the remarks of his own party's front-runner for the presidential nomination.

Ryan looked genuinely pained as he read his prepared remarks to state what ought to be the obvious in 2016: "If a person wants to be the nominee of the Republican Party, there can be no evasion and no games: They must reject any group or cause that is built on bigotry.” 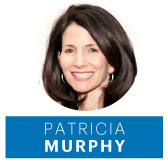 It was a moment of genuine leadership for a party dangerously lacking a guiding force. But moments after Ryan's obvious indignation, he put his outrage back in neutral. "My plan is to support the nominee," he said.

Across the Capitol, Senate Majority Leader Mitch McConnell put his own lot in for the moral majority, too -- up to a point. "Let me make it perfectly clear, Senate Republicans condemn David Duke and the KKK, and his racism,” McConnell said. But McConnell said nothing about what he or Senate Republicans would or should do if Donald Trump, who blamed a faulty earpiece for his failure to condemn David Duke on CNN, becomes the presidential nominee, and thus the leader, of their party.

In the House, only retiring Rep. Scott Rigell of Virginia has said he can't support Trump as the nominee in an election when Rigell won't be on the ballot. In the Senate, freshman Ben Sasse of Nebraska has stood alone to say he won't support Trump under any circumstances.

Is it because Sasse's short time in the Senate has left his moral clarity intact, or because he'll have five years to make it up to Trump's supporters who might be offended by his stance? Either way, Rigell's and Sasse's solitary willingness to come forward makes the silence from their colleagues all the more deafening.

Behind closed doors, we've all heard the anxiety from Republicans about what might happen if and, increasingly when, Trump becomes their party's nominee. The initial concern was for "blue state" senators down the ballot from Trump and what moderate voters would do with a ticket topped by the bombastic billionaire. That worry has now has broadened to incumbent Republicans with primaries who could get swept out by voters in their own party -- the new angry Trump voters.

After Trump's KKK catastrophe, the anxiety has grown to panic, deeply underpinned with the fear of losing control over not just their party, but their country, to a man who seems capable of saying and doing almost anything.

Behind closed doors, McConnell was quoted by the New York Times saying Senate Republicans will drop Trump "like a hot rock" in November if it means protecting their seats and their Senate majority in the process.

But why wouldn't Republicans drop him like a hot rock tomorrow if he and his rhetoric are as offensive as they said on Tuesday? Because Trump is filling stadiums with supporters and ballot booths with new voters. He is expanding the electorate organically in ways both parties have spent millions to replicate through complex data models, messaging and field work. To cross Trump now could mean not only losing their own seats, but potentially their party, to a man and a force they understand little about.

But in trying to have it both ways, in attempting to be unsoiled by Trump's tolerance for bigotry while also keeping his voters and the power of their numbers inside their tent, Republican leaders are unwittingly proving one part of Trump's core message -- that Washington is broken, that politicians too often put their own power ahead of the people they represent, and that the best way to change the system is to change the people running it.

Ironically, the one way for Republican leaders to prove Trump wrong is to do what he does -- to have a backbone, to show strength, to say what they really think no matter who is offended by it. But to roundly condemn a man's words without being willing to walk away from the power he represents is just one more way they're telling Trump's voters he might have been right all along.