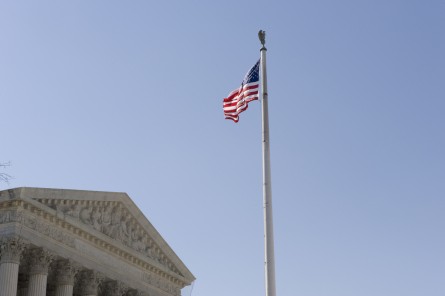 The Supreme Court has agreed to hear an appeal to a lower court's ruling that Virginia's GOP-controlled legislature illegally packed blacks into the 3rd Congressional District when they drew new lines in 2012.

Current and former members of the state's Republican congressional delegation appealed the three-judge panel's June decision, which found that the legislature had intentionally used race to draw the district lines.

But in taking up the case, the Supreme Court imposed a new burden on the appellants: since none reside in the 3rd District, whose constitutionality is at question, they must prove they have standing.

Responding to the Supreme Court's decision Friday afternoon, 3rd District Rep. Robert C. Scott, one of the three Democrats in the state's congressional delegation and its only black, said in a statement, "While I have not been involved in this ongoing lawsuit, I am disappointed that the Supreme Court intends to prolong the uncertainty surrounding the constitutionality of Virginia’s congressional districts."

The federal three-judge panel first tossed the 3rd District lines  in October 2014. The decision was appealed to the Supreme Court, which sent the case back to the lower court for review when it ruled on a similar case on the constitutionality of Alabama's congressional districts.

The federal court reaffirmed its decision earlier this year, and after the General Assembly failed to adopt a new map, took it upon itself to redraw the map. Democrats have been hoping to pick up at least one seat from the lower court's redraw of the district.

"I believe the Court’s decision last year in Alabama Legislative Black Caucus v. Alabama gave the U.S. District Court in Richmond the necessary guidance to determine that the third congressional district is an unconstitutional racial gerrymander," Scott said in the statement. "I believe the Court will likely reach the same conclusion in light of their decision last year in the Alabama case," he said.

Neither the lawyer for the appellants nor the GOP delegation had immediate comment on the court's decision.

But what happens next in Virginia is up in the air. With the primary filing deadline fast approaching on March 31, it's unclear whether the existing map or a new one will be used for the 2016 elections.

A court-appointed special master has been redrawing the state's districts since earlier this fall.

The GOP delegation may choose to file a motion in the district court asking the panel to hold off on redrawing the map, the Brennan Center's Michael Li, an expert on redistricting and election law, told CQ Roll Call Friday.

On the other hand, Li said, that because the lower court's decision hasn't been stayed, the special master could still go forward with the redraw, in which case new districts could emerge before the Supreme Court has ruled on the constitutionality of the old ones.

The high court is expected to hear the case in March and rule in late May or June. It's possible the court could expedite hearing the case in light of the 2016 elections, but Li said, "the court's not overly sensitive to that."

"That’s probably more the exception than the rule on redistricting cases," he added.

Li expects the court will take its time because of the complexity of the case and its potential to impact other redistricting cases in the South.

Related: 3 States Still Have Fuzzy District Lines for 2016 Florida District Lines in Limbo As Court Ruling Awaited Ahead of Redraw, Virginia Republicans Jockey for Safe Seats Roll Call Race Ratings Map: Ratings for Every House and Senate Race in 2016 Get breaking news alerts and more from Roll Call in your inbox or on your iPhone.